With a Little Help From His Friends: Nurturing the Future of Weather Forecasting 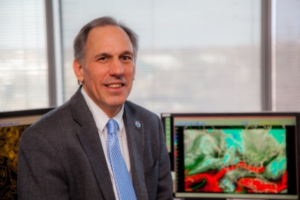 Sixteen years ago, Bill Lapenta played a decisive role in creating, and later nurturing to maturity, a vision that is revolutionizing weather forecasting in America. Envisioning a simplification of the suite of numerical models used operationally at the National Weather Service (NWS), he created an advisory committee that motivated the development of the Unified Forecast System (UFS). Bill’s initiative fueled a community modeling effort and gave strength to creating the Earth Prediction Innovation Center (EPIC).

The ideas Bill helped set in motion have reshaped NOAA’s culture, standing up a path for the United States to reclaim leadership in the development of operational numerical weather prediction systems. “Bill became deputy director of NCEP’s Environmental Modeling Center (EMC) in 2008. That was the same year Louis Uccellini, and Rick Anthes asked Jim Kinter and me to co-chair a comprehensive review of NCEP,” recounts Fred Carr, professor at the University of Oklahoma School of Meteorology.

Carr remembers that Bill was accommodating and supportive during his review of NCEP, motivated by a shared goal of improving the weather models developed by EMC and used in the operational NWS forecast suite. “Bill and Louis were instrumental in implementing many of our report’s recommendations. The review led to the creation of the University Corporation for Atmospheric Research (UCAR) Community Advisory Committee for NCEP (UCACN), which continued to do annual follow-up reviews,” says Carr, who met Bill at NASA’s Marshall Space Flight Center in the 1990s.

Bill was a remarkably effective director of NCEP, and a visionary agent of change for the U. S. Weather Enterprise. His secret? He understood and instinctively knew how to deal with people. Jack Kain, director of NOAA’s National Severe Storms Laboratory (NSSL) remembers that “Bill was decisive and persuasive and knew how to maintain control of complex discussions and political situations. He used all these skills to engage and challenge the best and most influential minds in the meteorological community, use their input to inform a path forward, and take bold and sometimes unpopular actions to disrupt the status quo and put the trajectory of weather prediction in this country on a more favorable path. I didn’t always agree with the way Bill got things done, but I admired his willingness to make the tough decisions and his determination to find a better way for the weather enterprise to serve society.”

After becoming NCEP Director in 2013, Bill welcomed the continued input from the UCACN members. In 2014, he expressed an interest in expanding the UCACN review with a more specific focus on the NCEP Production Suite future. Carr remembers that “Bill created the UCACN Modeling Advisory Committee (UMAC), co-chaired by myself and Ricky Rood. Our 2015 report helped motivate the Unified Forecast System (UFS) concept.” The vision crystallized in UMAC’s report supported a series of significant changes to NOAA’s model development culture and EMC’s business model. The UMAC was composed of subject-matter experts in various environmental prediction areas to guide NCEP. Bill charged the UMAC with developing the first unified NOAA modeling strategy to advance the U.S. to world leadership in numerical modeling capabilities, laying the groundwork for the future UFS through many different activities. 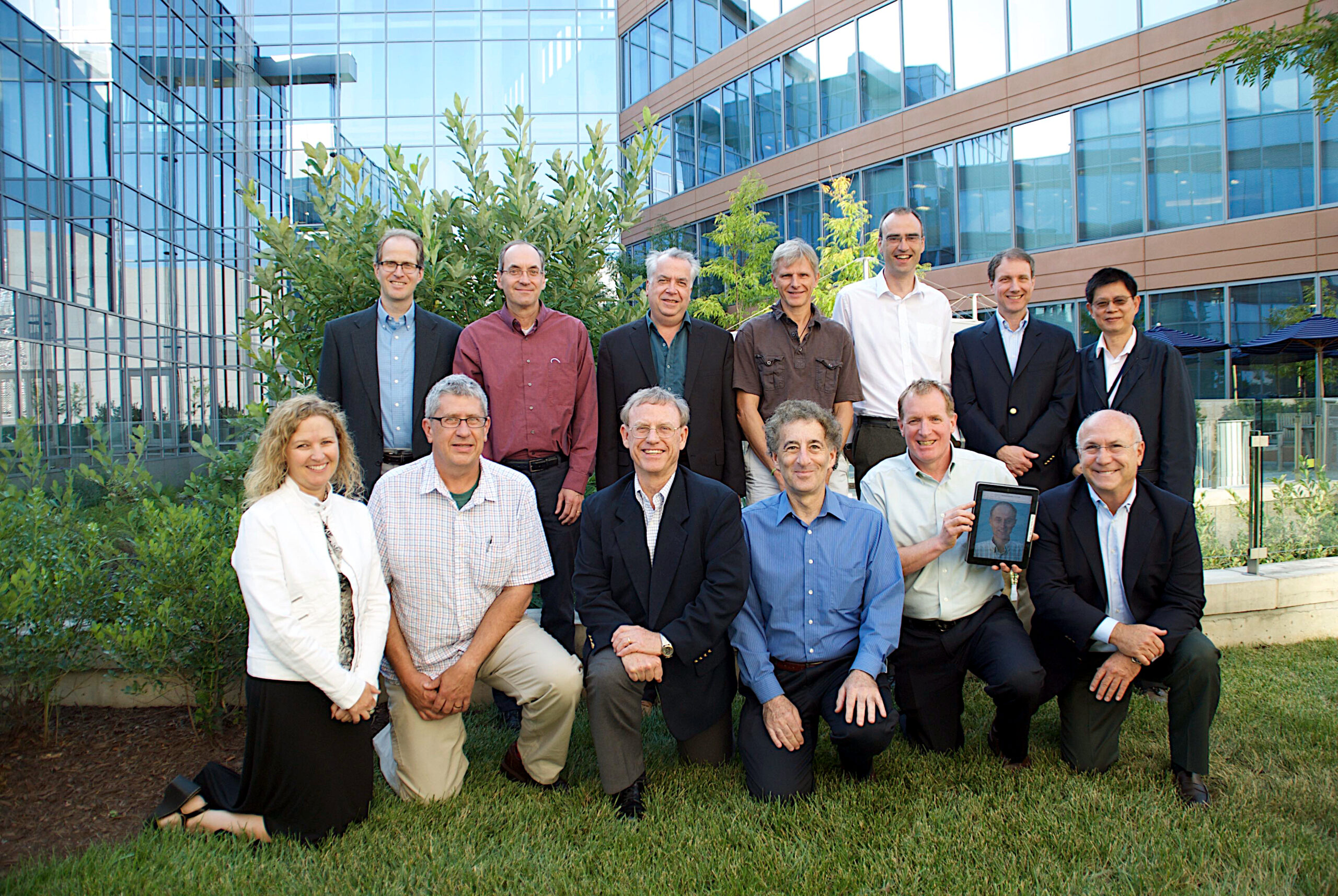 One of the recommendations that came out of UMAC was that NCEP should devise and execute a strategy for the transition to a unified modeling system, including a strong emphasis on improving model physics and data assimilation, and improved verification and diagnostic methods, at all scales, within a decade. Specific recommendations were made for the global, regional, water, ensemble, air quality, dispersion, and space weather modeling systems. “Bill was always very engaged, providing constructive comments and guidance for NOAA staff and UMAC members, which is just another example of Bill’s resolve and commitment to improving the NOAA models, as well as his innate leadership skills,” reflected James Doyle, senior scientist at the Naval Research Laboratory, Marine Meteorology Division.

An overarching theme was to simplify the NCEP Production Suite, using an evidence-based approach grounded in methodical testing to advance the systems. “Bill used these key recommendations along with his outstanding leadership and vision to initiate the modernization of the NOAA modeling suite and set the pathway for the UFS,” concluded Doyle.

Towards an Innovative, EPIC Future

Since Bill’s passing last year, the UFS community has realized some of his passionately pursued efforts. The UFS Community released the first user-ready version of the UFS Medium-Range Weather Application, aligned with NOAA’s operational GFS. NOAA launched an upgrade to the operational Global Ensemble Forecast System (GEFSv12) featuring, for the first time, a version of the UFS with coupled atmospheric and wave components. In partnership with the UFS Community, NOAA established the integrated UFS R2O Project, a coordinated effort aggregating 14 community organizations representing research and operational forecasting activities.

When Bill decided to put UMAC’s words to action, he understood that meant inviting the community to become part of the weather model development process. He partnered with NOAA’s line offices to support the Next-Generation Global Prediction System (NGGPS) program and spearheaded the upgrade of EMC’s Global Forecast System (GFS) by using the new Finite-Volume Cubed Sphere dynamic core (FV3). His passion for community involvement impressed NOAA’s Acting Administrator, Neil Jacobs, who brought him into the Office of the Under Secretary of Commerce to help develop EPIC in 2018. Soon after, he became director of the Office of Water and Air Quality (OWAQ, renamed recently Weather Program Office), where he continued to develop EPIC. 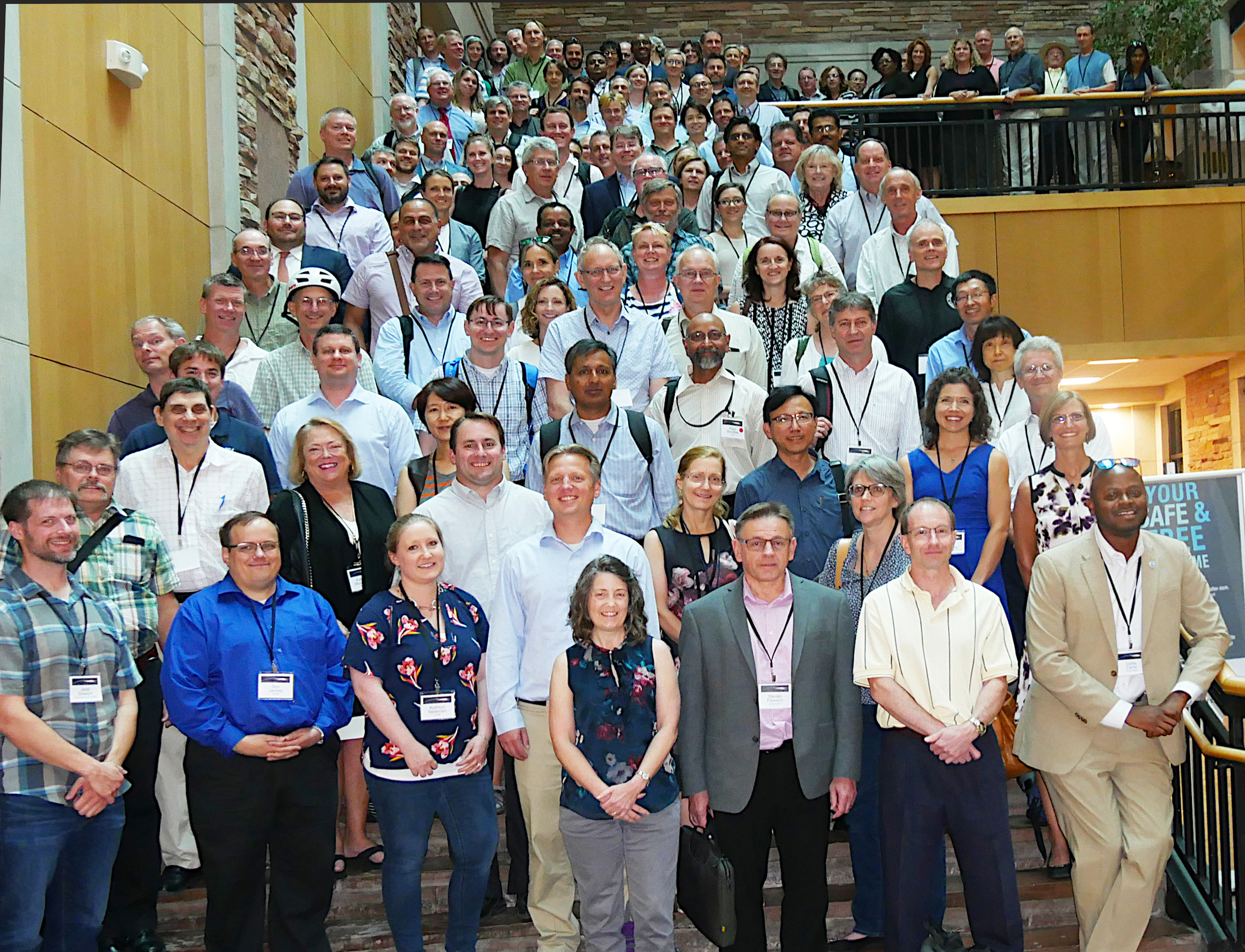 “Bill’s presentations on EPIC were enthusiastic and inspired great optimism for the future of weather modeling in the U.S,” said Carr, who last interacted with Bill at the first EPIC Workshop in August 2019. “Bill was his usual ebullient self, encouraging all attendees to participate in the UFS and EPIC programs. I was looking forward to his leadership at OWAQ. While no one is irreplaceable, NOAA has big shoes to fill in the leadership of EPIC and related weather prediction programs,” concluded Carr.

Bill championed the EPIC vision at several meetings and workshops, where he had a chance to discuss his idea with colleagues more closely. One of his colleagues at NOAA and close friend since their graduate-student years at Penn State, Tom Hamill, remembers a discussion they had during the AMS Weather and Forecasting conference in Denver, June 2018. “I heard a rumor or two about how EPIC was evolving and was hot and bothered. Bill listened to me talk heatedly about the position I was so very passionate about, one I suspect that I no longer hold. He listened politely, pushed back when he thought I was talking nonsense, and my heated rhetoric didn’t stop him from inviting me for a drink the next time he was in town. Bill struck a balance that few could do, caring both about guiding the organization to do better while keeping that very personal connection.”

In March 2020, NOAA realized another landmark of Bill’s legacy: the EPIC Request for Proposals. Bill played a significant role in developing EPIC and was very enthusiastic about its role in accelerating the flow of new ideas from research to operations. EPIC and the UFS are cornerstones of Bill’s vision of the NWP community driving NWS operational forecast systems’ advances in the United States. “Bill spoke endlessly to us about the need for seamless integration of the numerical modeling community across boundaries. We hope Bill’s commitment continues to motivate us to invest all our energy in creating a seamless community focused on important societal challenges,” summarized Russell Schneider. He succeeded Lapenta as acting director at the Weather Program Office (WPO), NOAA Research.