An Opportunity for Expansion, Integration, and Co-design

The United Nations Decade of Ocean Sciences and Sustainable Development 2021-2030 or Ocean Decade, strives to expand scientific understanding and build partnerships to ensure “The science we need for the ocean we want”.  During the next ten years, a vital part of ensuring the success and ambition of the Ocean Decade will be collaborations across disciplines, stakeholder groups and countries around the globe. These ten years offer a tremendous opportunity to bring together the entire community, from scientists to end-users of the science and services that result, to co-design solutions for understanding ocean conditions, ensuring sustainable utilization of our ocean and coasts, and protecting communities from ocean-related hazards.

As one of the seven expected outcomes of the Ocean Decade, “A Predicted Ocean” captures the international consensus on our need to understand and explore a changing ocean, including physical, chemical, and biological components and interactions.  Ocean observations become more valuable to society when they are transformed through analyses into predictions and outputs that inform decision-making and thereby provide societal benefits. For instance, NOAA’s Unified Forecast System (UFS) adds value to the observation value chain through data-assimilation modeling to constrain and inform results for greater forecast skill to enhance informed decision-making.  Large, cross-collaborative efforts like UFS serve to coalesce, enable, implement, and enhance the global operational oceanography enterprise and our global, regional and local predictive capacity.

WCOFS as a Model for the Ocean Decade 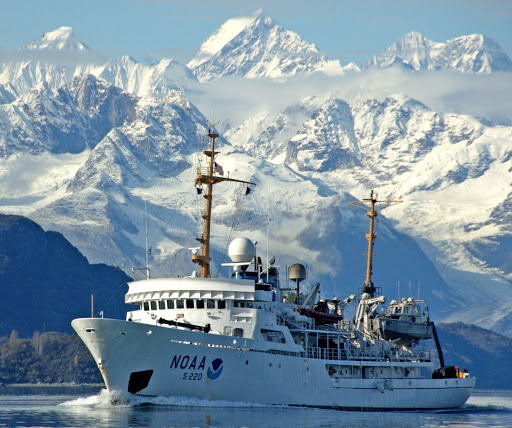 The Ocean Decade strongly emphasizes capacity-building and co-development to facilitate utility and sustainability of Decade actions and their impact. The development of NOAA’s newly implemented West Coast Operational Forecast System (WCOFS) reflects this philosophical approach, integrating the U.S. IOOS West Coast Regional Association’s stakeholders in the development from the project’s outset and transitioning the expertise and experience of external partners into NOAA’s operational capacity. The range of stakeholders spanned the federal government as well as the state governments of Washington, Oregon, and California, Native American communities, private sector organizations and academia. The WCOFS embodies the attributes  of Ocean Decade actions, while it serves as a pathfinder for NOAA’s operational oceanography enterprise.  It incorporates partner research and development; transitioning experience, expertise and capabilities to NOAA; and integrating stakeholder and user requirements, applications, and priorities.

There are ample opportunities to participate in the Ocean Decade and embrace its convergence of ideas, resources, communities and stakeholders. The UFS community is encouraged to consider the endorsed Decade actions as announced on World Oceans Day, as well as the Ocean Shots directory for potential collaborators.  Additional solicitations for Ocean Decade actions and Ocean Shots will occur throughout the Decade; the next official solicitation for actions is expected in late summer 2021 and the deadline for the second round of Ocean Shots is July 1st.  The UFS community is also encouraged to participate in a series of Ocean Decade “Laboratories” – 48 hour virtual events to mobilize diverse representation in ocean science, showcase undertaken efforts, strengthen dialog, and raise awareness for the Ocean Decade; the two most UFS-relevant laboratories are the Predicted Ocean Laboratory (September 15-16, 2021, submission deadline: June 18th, 2021) and the Safe Ocean Laboratory (TBS April, 2022).

The Ocean Decade enables us to rethink our approach to ocean science. It is an invitation to scientists around the world to participate in a unique opportunity to expand scientific understanding, build partnerships across geographic and disciplinary boundaries, and operationalize science for the benefit of society. By the end of the Ocean Decade, not only will the ocean be better understood, the science community will have built strong collaborations that should last for years to come.

Theresa Keith is a Knauss Marine Policy Fellow at NOAA Research whose primary focus is promoting and coordinating U.S. engagement in the UN Ocean Decade.